Things to do in Marble Mountain Danang

Every city has its own specialties you must try or see, and Danang has Marble Mountain – the gifted natural scene that can’t be missed. This article will show you top things to do in Marble Mountain before you hit the budget. 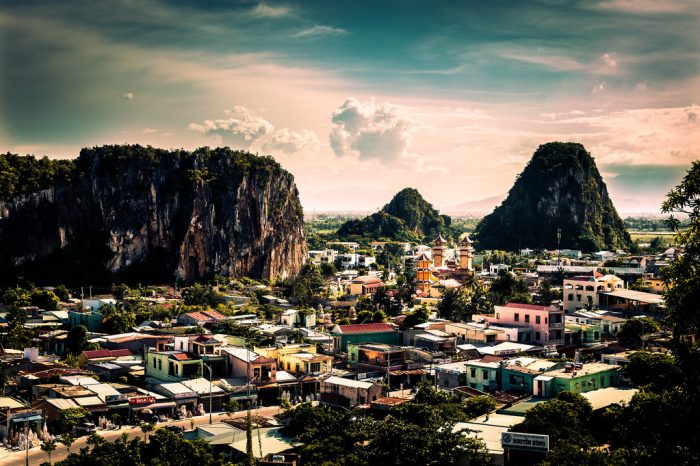 Located just 9 km south of Danang and 15 km north of Hoi An, Marble Mountain comprises five hills made by limestone and marble, and stands for 5 elements: metal, wood, water, fire, earth. This is a masterpiece that nature generously endowed Danang.

The legend of Marble Mountain

According to the Cham Legend, an old hermit was fishing in the South China Sea, then a dragon emerged and gave him a dragon egg. After the dragon left, a golden turtle appeared and instructed the man how to protect the dragon egg. The man then decided to dig a hole and hide the dragon egg underground. The egg broke into 5 pieces, scattered in Danang and formed 5 hills of Marble Mountain. 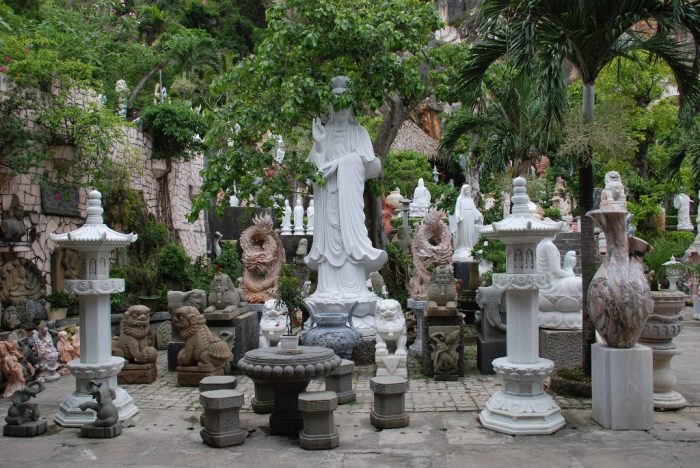 The cultural and historic imprints are displayed on each temple, towers dating back to early 19th century, Cham sculptures of the 14th century. The poetic writings of Le, Tran Dynasty are also imprinted on the mossy cliffs and caves.

Here are things to do in Marble Mountain that you should tick off your bucket list.

Set at foot of Marble Mountain, Non Nuoc village is renowned for its sculptures of Buddha. Coming here, you get a chance to visit workshop and watch how the sculptures are made by artists. The products of limestone are various from the large statues to small ones, you can buy some souvenirs for your family and friends at affordable price here. In the past, people got marble directly from Marble Mountain, but now locals imported materials from nearby provinces Quang Nam as direct extraction is banned by the government. 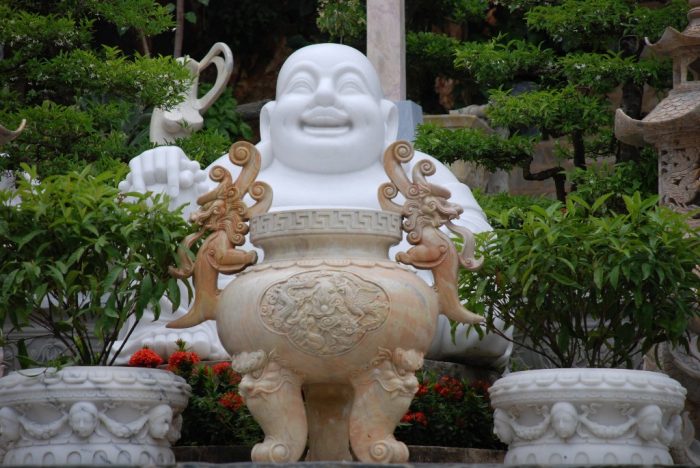 Visting Am Phu Cave is a must thing to do in Marble Mountain Da Nang. 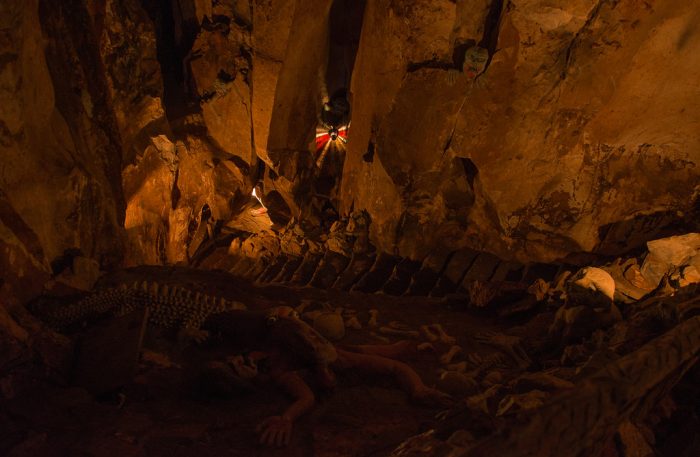 According to the theory of yin and yang, human life and the universe always exist two opposite sides: day and night, birth and death. Thus, on the top of Thuy Son has a path to the sky and to hell as well. Am Phu Cave shows arbitration of the creator about the good and evil of human life. Therefore, there are two opposite paths: one to the hell and one leads to the heaven. Hell is the world of the dead. 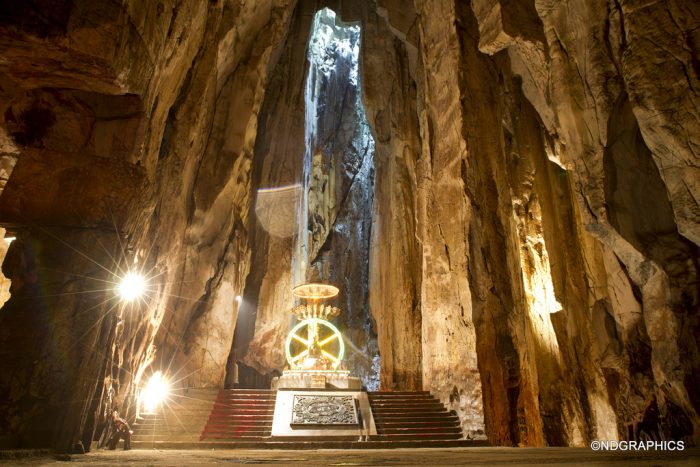 According to Buddhist teachings, death is not the end but the transition to another world. Good people will go to heaven and live happily while those who cause crimes will be doomed to the hell.

The cave leads to you through nine floors of hell as the belief of Buddhist. On one side of stairways, you will find carvings of characters with expressions of fear and pain when being tortured. The cave is a meaningful place for you to visit as it reminds people about karma. 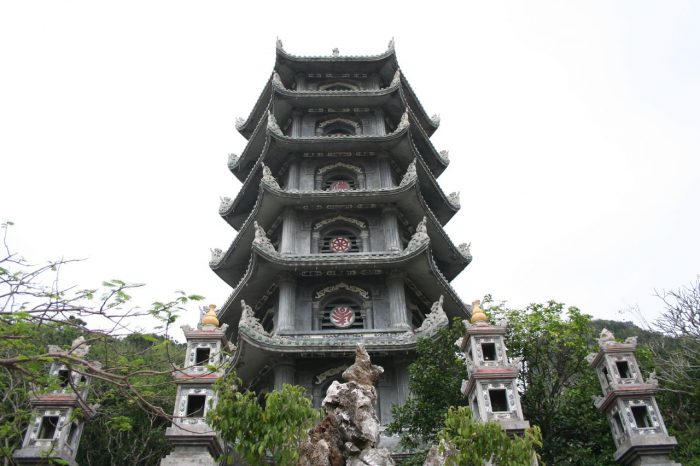 There are also altars scattered in the cave with candles and incense, local people usually come here to pray and leave offerings. 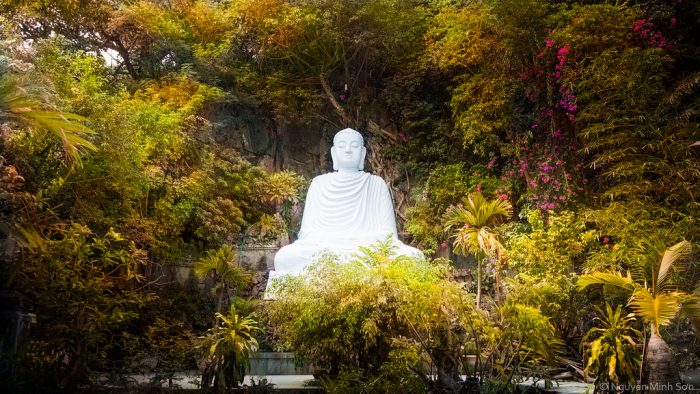 Another path leading to a higher point which stands for heaven. You will climb up narrow and steep stairs to get to a balcony with a Buddha statue. 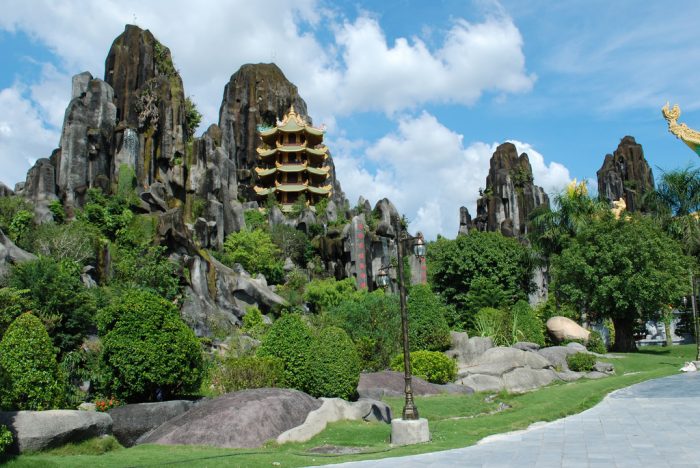 After leaving the cave, Thuy Son Mountain is a must thing to do in Marble Mountain Danang. There are two ways to get to the top of Thuy Son Mountain, either you choose to walk or take an elevator, it is just stunning landscape await you ahead. Thuy Son Mountain, known as the mountain of water is a main attraction. This mountain comprises many caves and temples dating back to the 17th century. 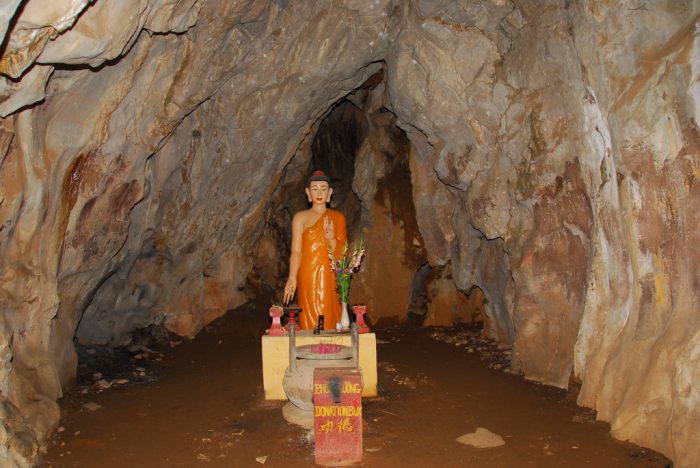 After going up to 150 stone steps, you will get to the most beautiful place to see the beauty of Mother Nature: Vong Giang Tower. Built in 18th century, the tower offers a striking view to Kim Son, Cam Le rives and the coastal.

Known as the mountain of metal, lying on River Co Co with a bell shape, Kim Son Mountain offers you a memorable sightseeing of Quan Am pagoda and Quan Am cave.

Taking a boat on River Co Co to behold the stunning panoramic view of Marble Mountain and the reflection of the temple! Remember to charge your phone or camera to not miss brilliant photo opportunities.

Huyen Khong Cave is one of the most magical places to visit in the complex of Marble. Huyen Khong Cave has round arches and flat floor, the arches have 5 vents to the outside, shimmering light of the cave create a mysterious atmosphere.

Photo by Long B. Nguyen

The steps walking down the cave, there are statues of good and evil gods to remind people of holiness, compassion of Buddhism.

On the top is the statue of Gautama Buddha, made in 1960 by the artist Nguyen Chat. The main area is to worship Buddha Quan Yin; 3 saints on the left side (including Quan Cong, Quan Binh and Chau Xuong) symbolize faith, courage and loyalty. In particular, the right side is to worship Mr. To Nguyet, where couples come to pray for hundred years of happiness.

Located on Thuy Son – one of five hills of Marble Mountain, Tam Thai Pagoda is an ancient temple (built in 1930), considered as a national monument and Buddhist site. In 1825, King Minh Mang during his visit to Marble Mountain decided to rebuild the temple, 9 large statues and 3 large bells were made in 1827. Under the reign of King Minh Mang, there was a princess (daughter of King Gia Long) applied for renunciation. Legend has it that the king has set up tourist palace here to rest and sightseeing. 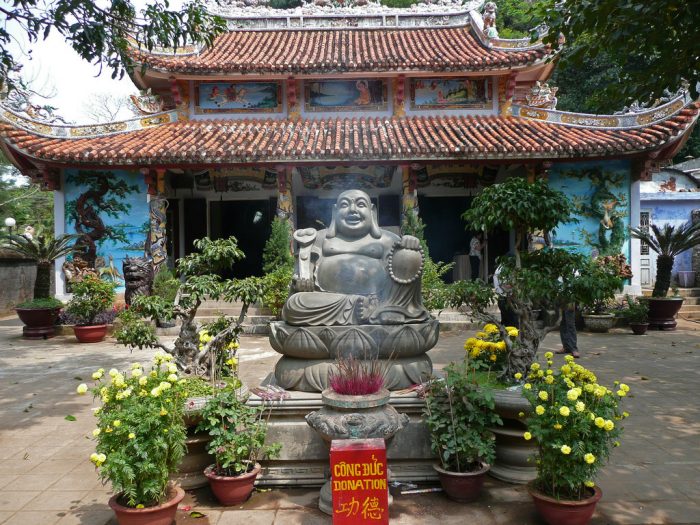 The main shrine is for the bronze Maitreya Buddha sitting on a lotus, both sides are Holy Church and the statue of the Bodhisattva. The pagoda is a popular place for people to pray in special occasions like Tet holiday. Praying in Tam Thai Pagoda is a unique thing to do in Marble Mountain that shouldn’t be missed.

You should buy a map (20,000 vnd) that shows all the way in the area of Marble Mountain, you can easily wander around without getting lost. Don’t forget to buy a bottle of water when starting your journey up the mountain as it may strenuous.

From Da Nang, you can get to Marble Mountain by taxi (about 3 usd) or a motorbike.

From Hoi An, you follow the coastal road, Marble Mountain is on the way between Da Nang and Hoi An, from 20 km north of Hoi An.

Marble Mountain is also accessed by bus: you can find the bus No.1 in front of the Marble Mountain (From the bus station Da Nang on 33 Dien Bien Phu Street or from Hoi An’s bus station on Le Hong Phong Street) with the price of 20.000 vnd.

Take your eyes on things to do in Marble Mountains Da Nang that are mentioned above to have a wonderful trip and take home unforgettable moments.