Tombs of the Emperors- Top attraction in Hue

There are 7 tombs scattering the city, devoted to 9 of the 13 monarchs of the Nguyen Dynasty. These tombs were designed and built during the lifetime of the emperors they are devoted to. And Tombs of Kings Minh Mang, Tu Duc and Khai Dinh are the three most visited. While monuments to Kings Duc Duc, Thanh Thai and Duy Tan are placed in the same tomb. 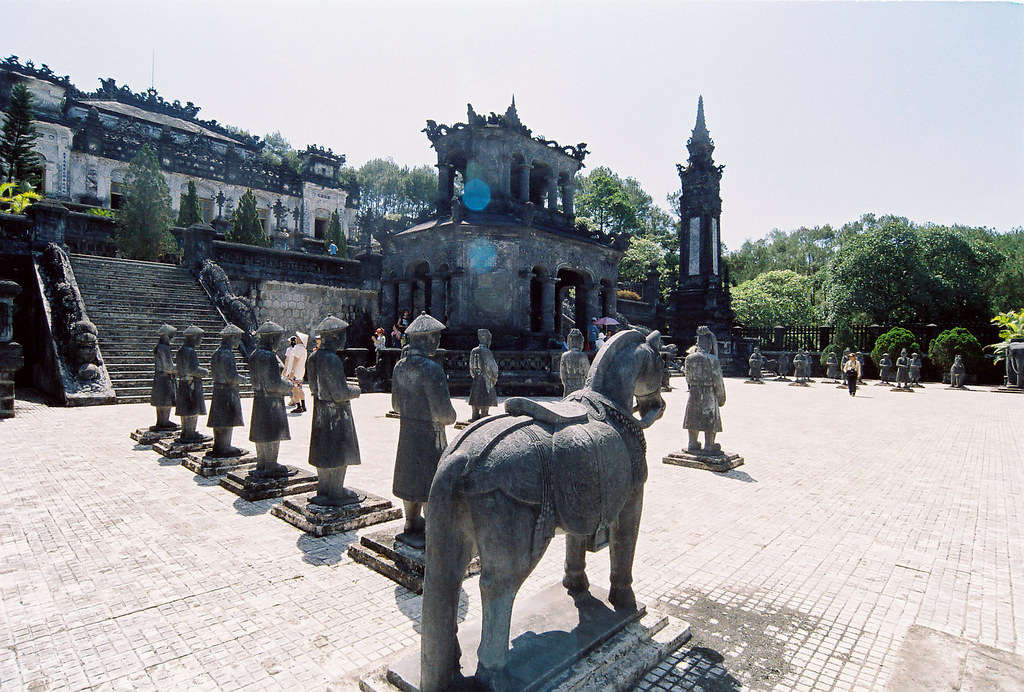 The bridge is commonly called Japanese Bridge because of its resemblance to the Japanese Bridge in Hoi An. The construction was initiated by Tran Thi Dao. She is the wife of a high ranking Mandarin in the court of Emperor Le Hien Tong, somewhere in the middle of 1740 and 1746. It was built to facilitate transportation and communication between the two sides of the canal. In 1925, under the order of Emperor Khai Dinh, an altar dedicated to Tran Thi Dao was placed on the bridge. Therefore, today, many locals still travel to the town to visit her tomb.

Dong Ba Market is the largest market place in central Vietnam. And it is an interesting place for anyone eager to learn about local culture. In addition, it has all the typical features of a traditional Vietnamese market. There are such as the sampan landing, the bus station and the bazaars. Futhermore, Dong Ba market is also ideal for photographing of daily activities as well as for shopping with almost everything traded, from souvenir items to bronze goods. There are such as Hue sesame sweetmeat, conical hats with poems enclosed or local specialties. Therefore, it is definitely a must-explore destination for those interested in Vietnamese food or culture.

Huong (Perfume) River crosses the city of Hue. It owes its name to the fact that it flows through many forests of aromatic plants before reaching Hue, carrying with it a pure and fresh aroma of flowers.

The river runs through a lot of tourists attractions such as the ancient citadel, tombs of emperors, Hon Chen Shrine, Thien Mu Pagoda, etc before finally reach the sea. While following the river on a boat, you can explore every corner of the former capital city. It’s in poet and literature, considered as a poetic symbol of Hue.  So, one you should try is a boat ride or cruise on the Huong River and listening to singing of imperial music at night. When the water surface is glittered by lights, the singing breaks the night and enters tourists’ souls.

Bạch Mã National Park, covering 220km2,  is a protected area 40km to the south of Hue City and 65km to the north of Danang. The park is  housing many rare animals and a variety of flora in semi-tropical rain forest with cool climate. And it is also an ideal destination for tourists who want to explore the wild beauty of nature.

From Hue, you can book a day tour with English speaking guide to Bach Ma National Park or travel there on your own. The best time to visit the park is in February. 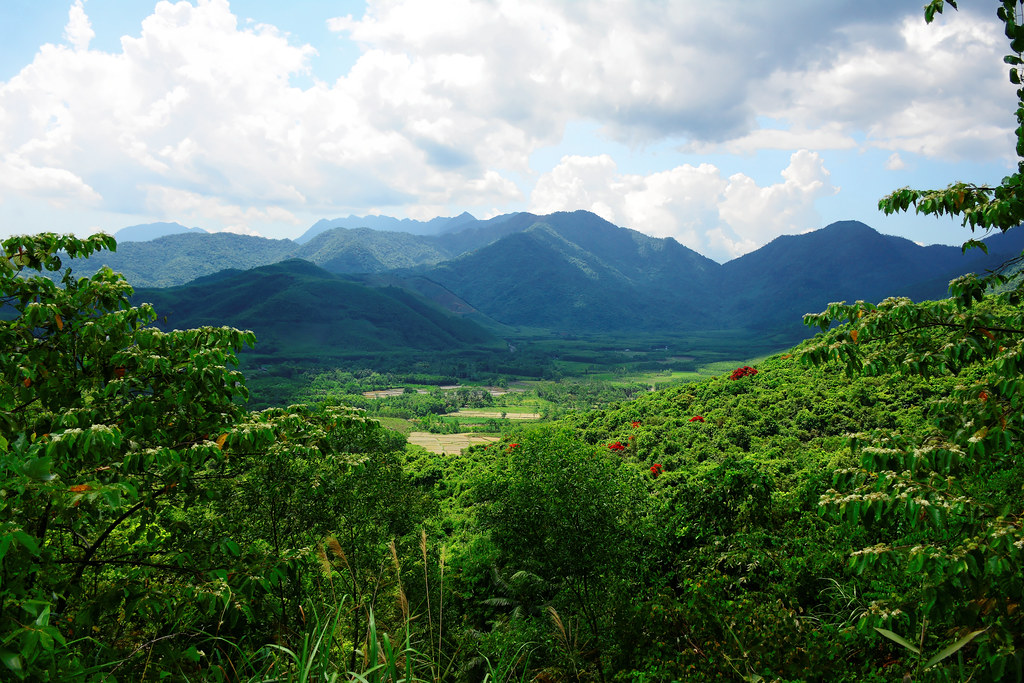 DMZ- Top attraction in Hoi An

About 100km away from Hue is the DMZ, Vietnam’s Demilitarized Zone. It covers the five-km areas on either side of the Ben Hai River, the former dividing line between North and South Vietnam from 1954 to 1975. The area was actually the most heavily bombed area in the country during war. And a destination you should not miss if you want to learn more about the Vietnam war and its remnants.

Some of the must-see items in the DMZ include Ben Hai River, Hien Luong Bridge, Vinh Moc Tunnels, and Khe Sanh Combat Base.

You can book a tour or a separate car to visit the DMZ from Hue in one day.

Phong Nha- Ke Bang National Park, one of UNESCO’s World Heritage Sites located in Quang Binh province. And it is about 180km to the north of Hue.  It is home to 300 different grottoes and caves, including the largest cave in the world. Morever, Phong Nha is also well known for its variety of flora and fauna.

Phong Nha-Ke Bang is an ideal destination for those who are enthusiastic of the beauty of nature. It is advisable that you spend a whole day exploring the area and travel between Hue and Phong Nha – Ke Bang in other days.

Thien Mu Pagoda is on the north shore of the Perfume River, about 3km away from the Citadel. It has long been considered as one of the symbols of Hue. When visiting the pagoda, you can see the Austin motor vehicle which drove Thich Quang Duc to where he conducted his self-immolation in Saigon in 1963 to express protest against Ngo Dinh Diem’s regime. Therefore, it is also a must-visit holy site which is housing many monks.

Tags: Hue, places to visit in Hue, things to do in Hue, Top attraction in Hue