Where to get an original cao lau 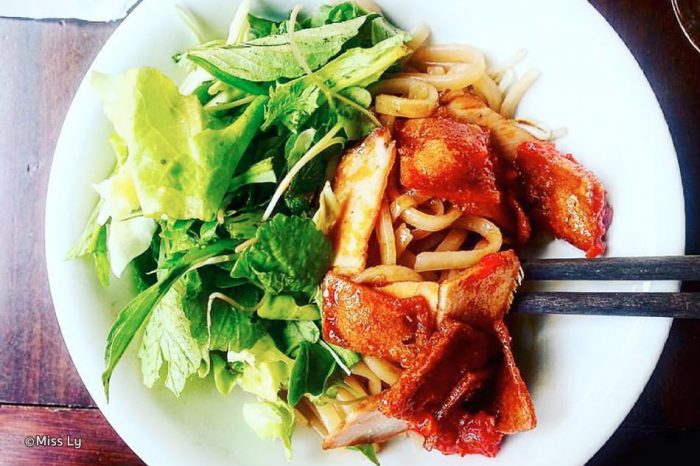 Hoi An Ancient Town in central Vietnam has attracted millions of tourists every year since it was declared as a UNESCO World Heritage Site in 1999. Many of them choose the former port city for their holiday because of its historical and cultural values. But finally end up falling in love with its culinary art. Among of their favourite dishes are cao lầu, the signature noodle dish.

Cao lầu consists of square noodles topped with pork slices char siu, broth, fresh vegetables and herbs, and crispy rice crackers. The origin of the unique dish is still unknown. Although its chewy noodles is reminiscent of Japanese udon and pork cooked in a Chinese style five-spice, it does not taste like Japanese and Chinese cuisine and does not taste like any Vietnamese food either.

The dish is  made from rice cleaned with water from the ancient Ba Le well. Ba Le well is one of the few old wells in Vietnam, and mixed with ashes from a type of tree on the nearby Cham Islands. As a result, the noodles have a unique flavor and a distinctive yellow color. And they are steamed, not boiled, like other noodles in the country. It is not easy to cook cao lầu at home because there are some ingredients that are only found in the town, such as vegetables from Tra Que village.

The so-called cao lầu is still a question mark for tourists. It is said that in the past, when rich people went to restaurants in Hoi An, they often asked waiters to bring the food upstairs. The food then was familiar and abbreviated as cao lầu, which was roughly translated as high upstairs.

The foremost traditional Hoi An dish is available in street food stalls and restaurants around town. And they are sold from morning to night. Especially, each place makes cao lầu based on their own recipes and all of them deserve to be given a try. 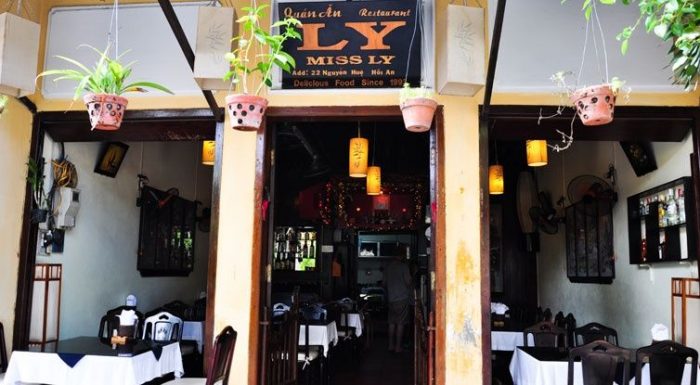 The restaurant, opened from 1993, was run by local woman Miss Vy and her American husband. It offers a variety of local and western cuisine, which is all cooked by the wife. Ly makes a beautiful cao lầu, and other traditional dishes of the city including Quang noodles and wonton. You should reserve in advance to prevent from the crowd. 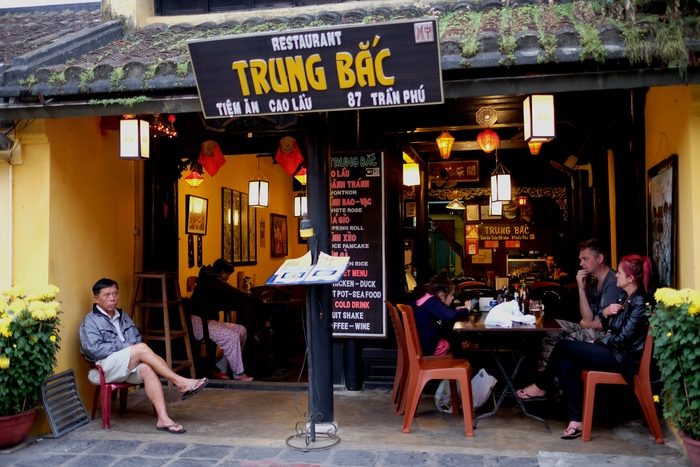 The eating place is located in an over 100-year-old house and has nice atmosphere with antique settings, wooden tables and chairs and several photos of Vietnamese tourism spots on the wall. Run by a local family, it’s for serving good traditional food. 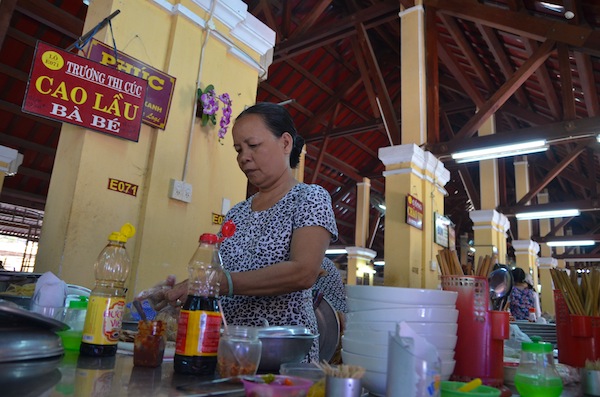 It is a perfect place for you to eat like a local: sitting on small plastic chairs around a food stall at a market while talking with the friendly owner. The cao lầu dining place is highly recommended among locals.

Address: at a local market on Tran Phu Street

The ingredients of the food are similar to those in other places but its flavour here is more special. People consider as one of the eateries serving best cao lầu in Hoi An although it is just a small dining place. Especially, the owner is very friendly, and she will give you recommendations on any beautiful places to visit in the old town. 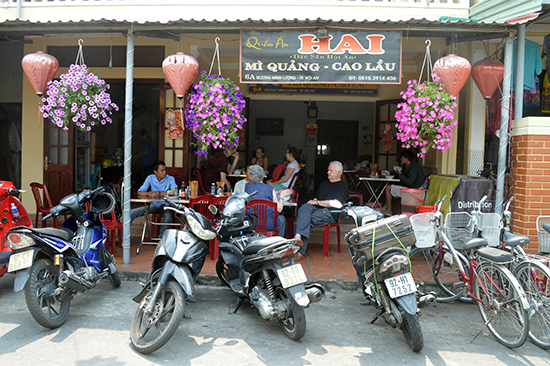 Located in a small alley, the small eatery has become a popular destination for local people and tourists for nearly 10 years. So, diners go there not only to enjoy the delicious food but also to learn more about how to cook the dish from Mr. Hai, owner of the restaurant.

There are many restaurants in other cities and provinces serving cao lầu but only in Hoi An does it have the full taste, flavour and colour. If you are on a hunt for Hoi An’s food specialties, do not forget to include the traditional food in the list.